Quadrant Eye Co-Founder, Dr. Quinn Wang breaks down the impact of an increasing need for more accessible eyecare and how QE is helping to fill the gap with patient-powered at-home eyecare.

With the remote work boom, we’ve gotten lots of questions about the visual impacts of increased screen time (spoiler alert: digital eye strain is very real.) The proliferation of blue light glasses (which btw probably don’t work) is another indication that folks are becoming more concerned about eye health.

Importantly, as large portions of our workforce disperses across the country, we’re seeing more of the stark geographical differences in eyecare access. It’s hard enough getting ophthalmology appointments in major metropolitan cities… but did you know that 24% of U.S. counties have no optometrists or ophthalmologists at all?

QE’s mission is to bring high-quality eyecare to everyone, and we’re bullish about telemedicine’s potential to improve eyecare access.

Specifically, QE believes that at-home eyecare — the patient-powered collection of important eye data such as visual acuity and visual symptoms — is a promising and powerful way to bring high-quality eyecare to everyone.

We need to first acknowledge that ophthalmology and optometry are hardware intensive fields. A typical eye clinic, for instance, is filled to the brim with expensive and highly-specialized equipment such as fundus cameras, Humphrey Field Analysers, and phoropters (agent of the infamously anxiety-provoking “which is better, 1 or 2?” question.)

Of these, the workhorse of eyecare is the slit lamp biomicroscope, which is an unwieldy thing that takes years to master. Not surprising, as ocular structures are microscopic; things like the posterior capsule of the lens, for example, are mere microns thick.

Therefore, one might argue that modern telemedicine capabilities fall far short of true remote eyecare needs. To some extent, this is true: we don’t really have the portable* hardware needed to capture eye vitals such like eye pressure and eye pathology such as retinal holes /tears /neovascularization /etc.

But traditional hardware development is lengthy and costly, and we can’t afford to wait: per HRSA, the US is on track to reach its peak ophthalmologist shortage in 2025.

Of note, this HRSA report was from 2016; given that the pandemic forced many ophthalmologists into early retirement, this timeline has most likely been accelerated.‍

In answer to this urgent eyecare access problem, QE is using software as a first pass solution. We know that true at-home eyecare can’t yet be powered by software alone, but we strongly believe that a few well executed digital tests can form a powerful foundation.

Let’s use online eye exams** as an example. At its core, an online eye exam is a very basic piece of software that crudely checks a patient’s vision. Yet despite this limited functionality, online eye exams can still be incredibly high impact. Specifically, they can and have been enabling the more than 164 million glasses wearers in the US to renew their corrective eyewear prescriptions online.

These exams not only lower the barrier to getting new corrective eyewear (particularly when folks are faced with broken glasses or run out of contact lenses,) but they can also free up precious chair time for eye doctors to manage common and vision threatening eye problems like diabetic retinopathy and glaucoma. These diseases alone cost Americans billions of dollars in direct eyecare expenditures as well as indirect productivity losses.

Simple preventative screening and aggressive early intervention can alleviate a lot of eye-related financial and emotional suffering. So when it comes to improving eyecare access, there’s really no time to waste.

Eye health is a critical part of having good vision, and good vision is often a critical component of professional and personal happiness. High-quality eyecare, therefore, is a basic healthcare necessity.

QE is taking immediate action by amplifying the power of existing software. For one, we think that it’s possible to use relatively rudimentary maneuvers — done in the comfort of one’s own home — to flag serious eye problems that may have otherwise gone undetected.

QE is committed to making at-home eyecare a reality. We’re starting small to go big, and we want to deliver the eyecare patients need as soon as possible.

Ultimately, we’re working hard to prove to everyone, ourselves included, that eyecare can and will be better.

*There are “portable” products like the TopCon Robotic Non-Mydriatic Retinal Camera on the market, but their cost, size, and weight make them hard to scale. This may also be part of the reason awesome technology like IDX-Dr, which is anchored to TopCon hardware, hasn’t quite taken off in the way we had all hoped. 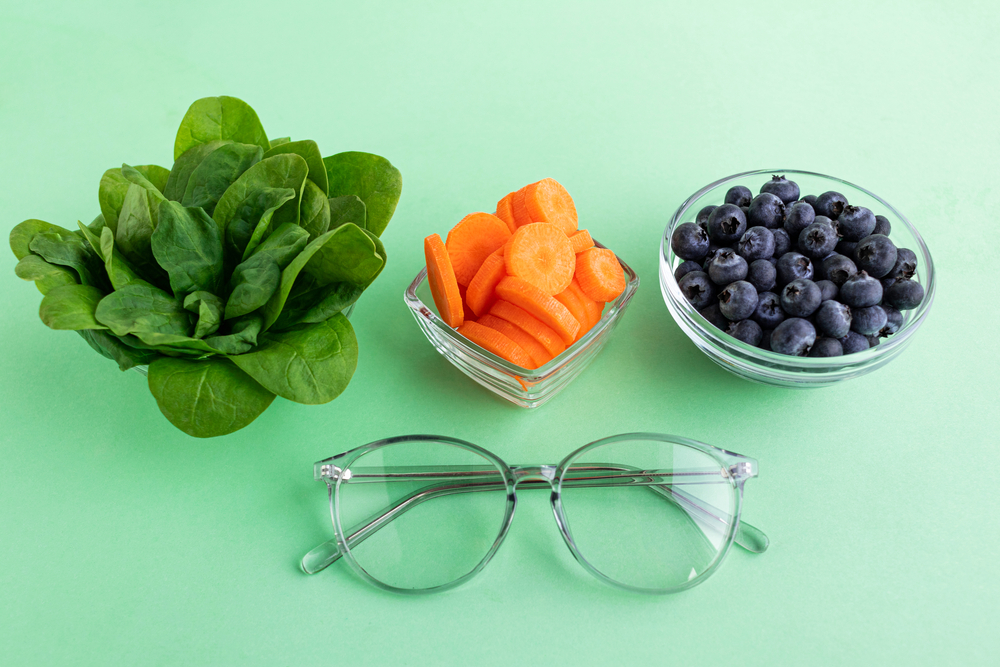 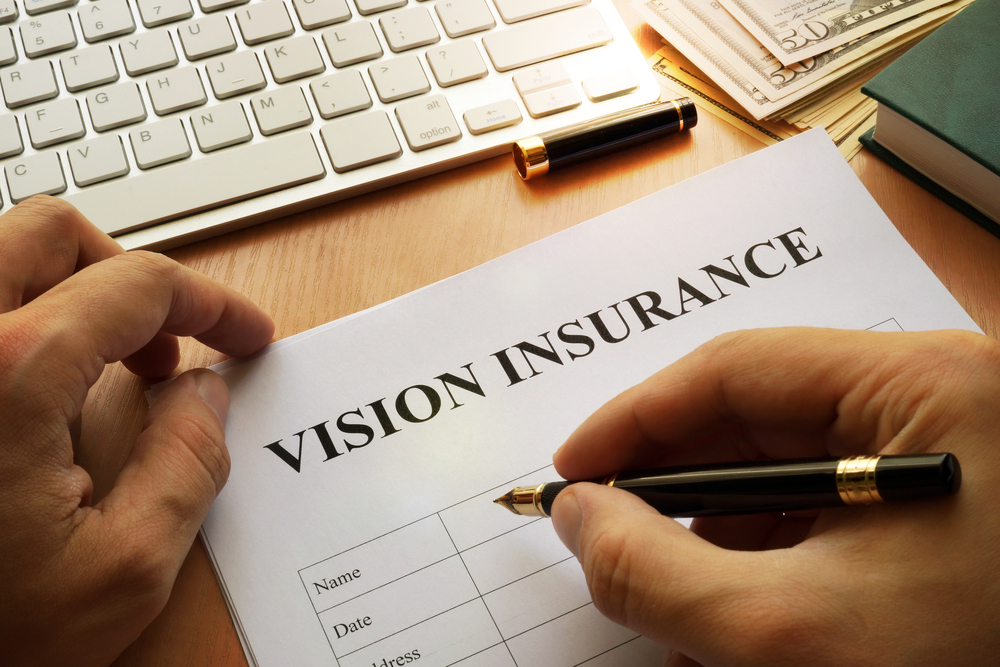 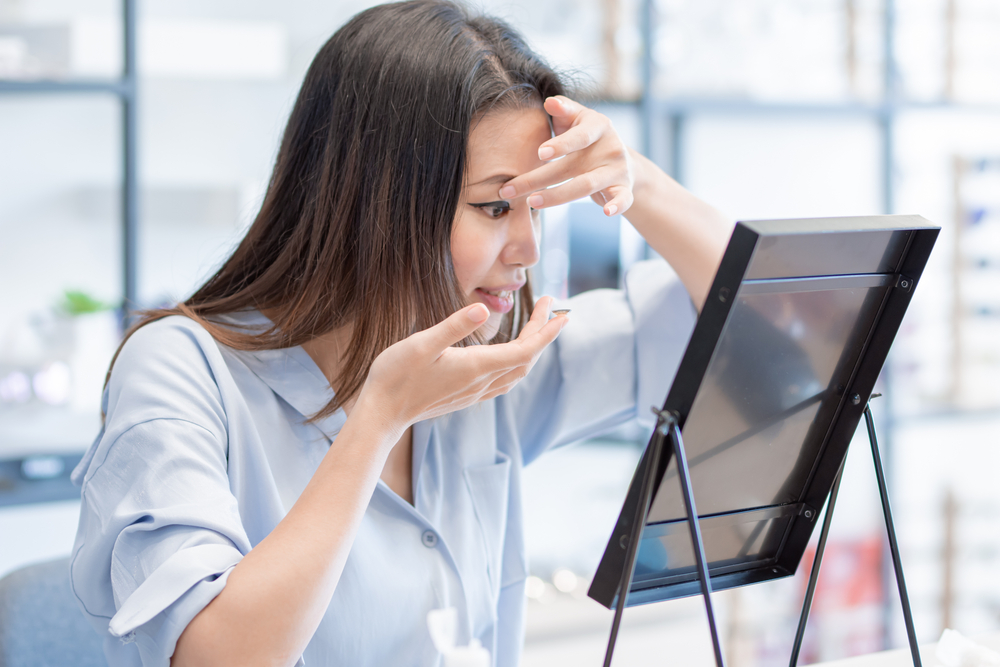 What You Need to Know About Choosing Contact Lenses 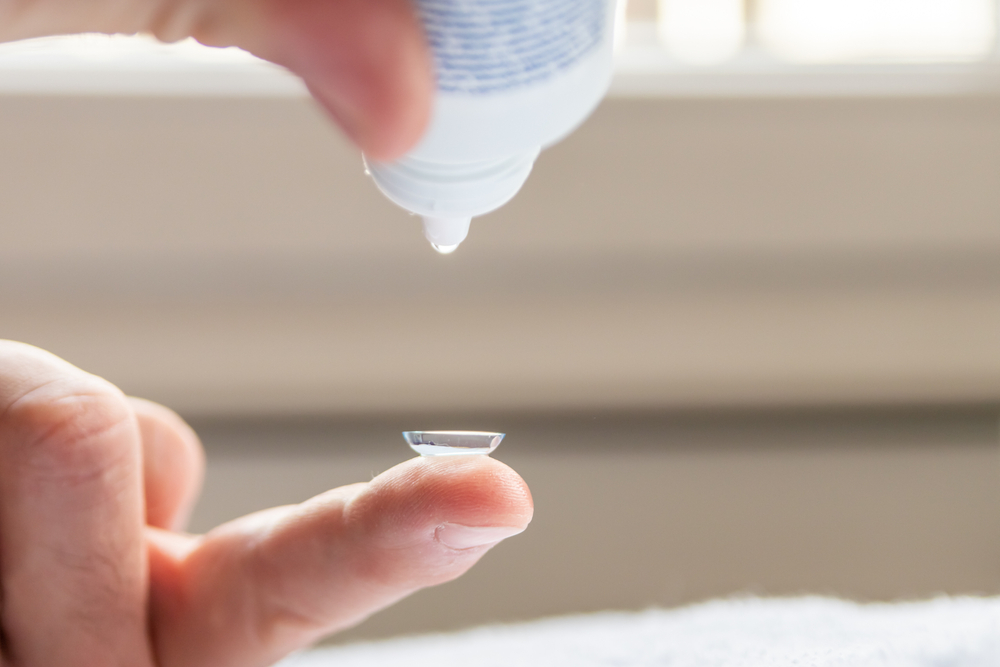 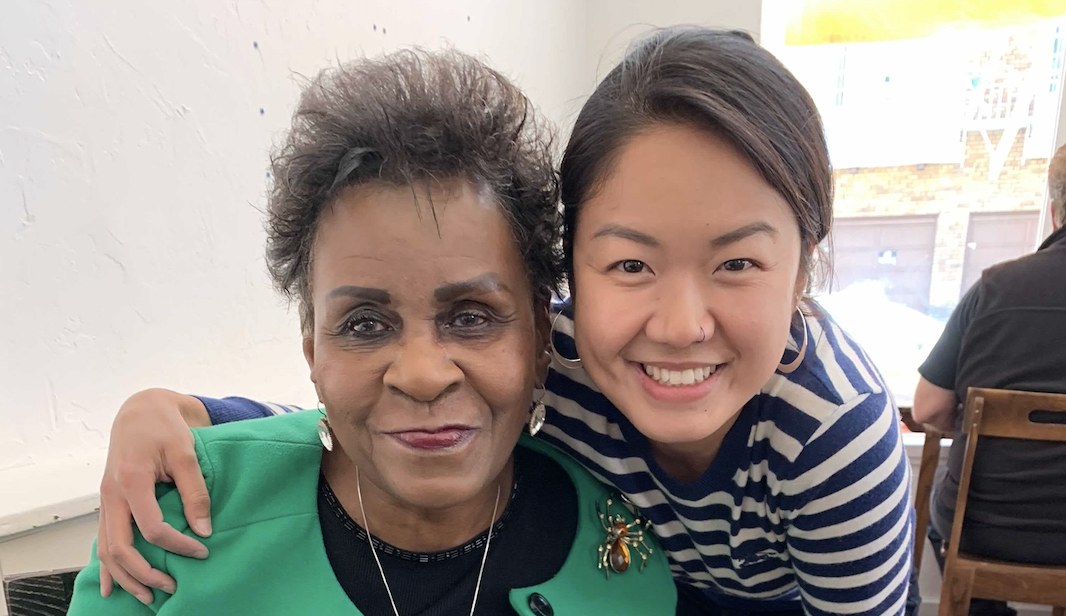 A Deep Dive Into Vision 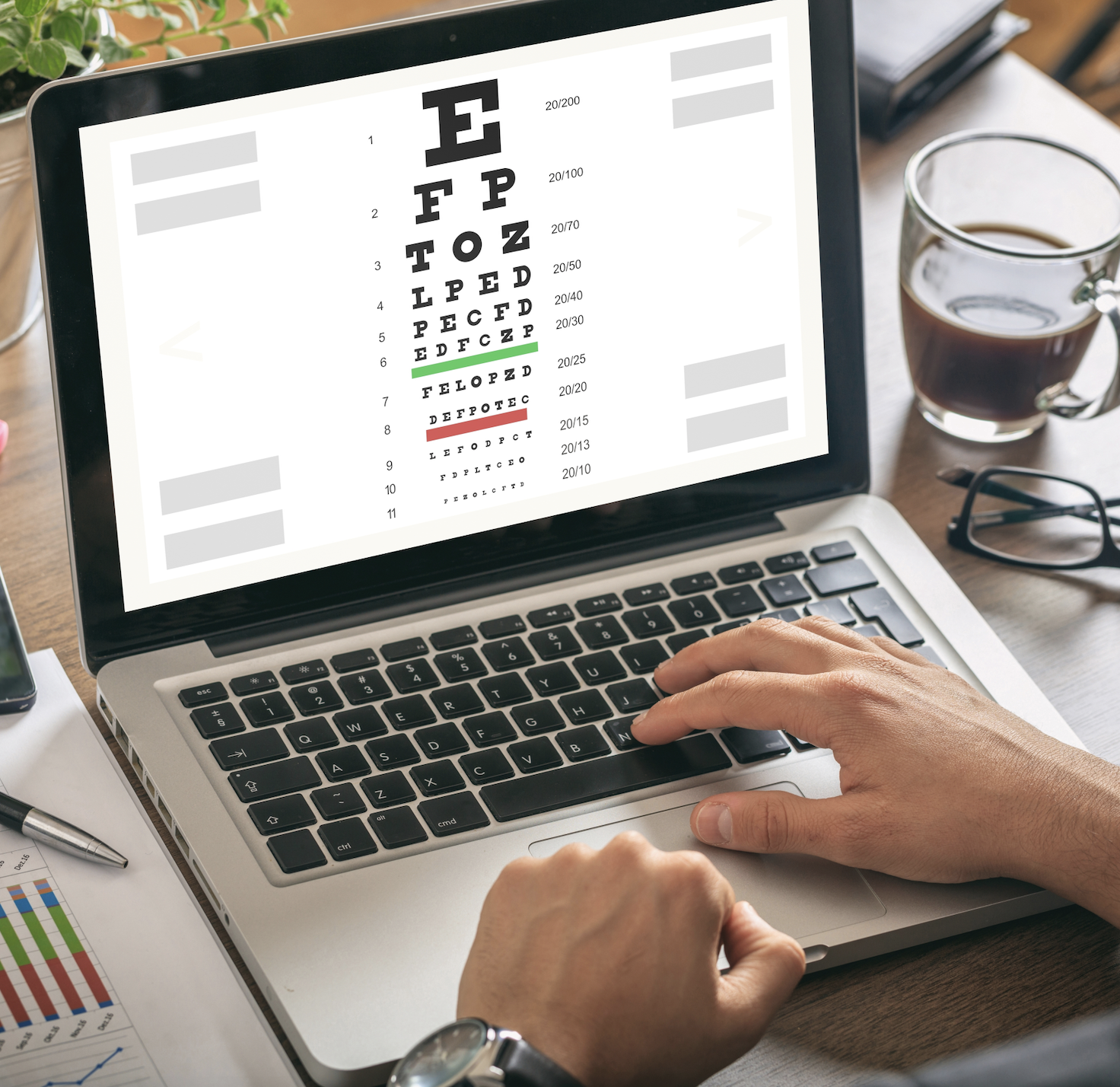 Are Online Vision Tests a Safe Way to Renew Your Prescription? 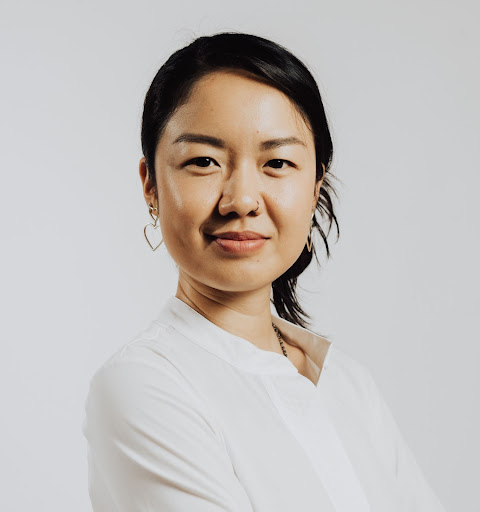 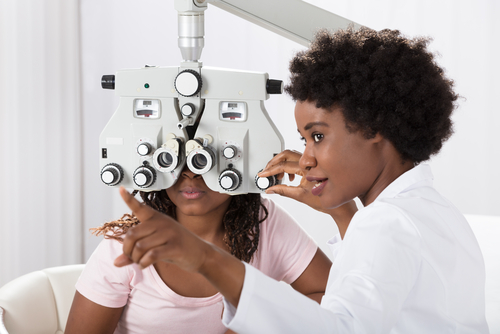 Ophthalmologist or Optometrist: Which Type of Eye Doctor Is Right for You? 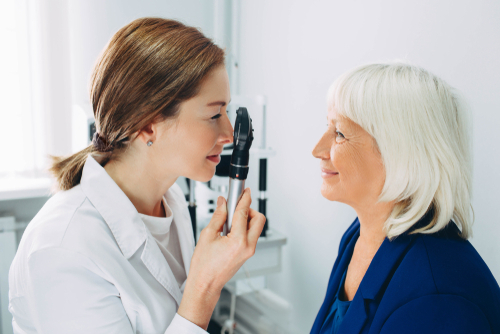 How Often Do You Need an Eye Exam?